While every word is true, that bio seems almost too shiny and slick.  It leaves out so much.  Most of it not at all the sort of thing one expects of a "Titus woman."  Doubt... Depression... Cynicism...  Fears...  Selfishness... Temper...  Stubborness... an all-too-often out-of-control tongue  ad.inf.  {Sigh!}

And my 5 minute acceptance speech is supposed to be a "teaching" for the attendees.  It's really all about them.  It has made me aware of the debt I owe to all the women who taught and mentored me.  It would take more than 5 minutes or the words that may be put into a blog post to name them and thank them.

One of the duties of an honoree is to help spread the good news about the conference so that young women (aged 11 to to 30 years) can be taught and mentored.  My dearly beloved is sponsoring those women of our church who wish to attend and our minister Steve Sargent is recruiting.  Earth Angel's Conference 2012 information and registration. 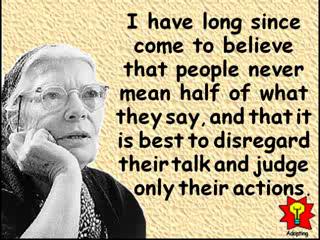 SEASONS met this morning to finish our discussion of Dorothy Day: Selected Writings. By Little and By Little.  Edited and with an introduction by Robert Ellsberg.  Maryknoll, NY:  Orbis Books, 1992.

My copy of this book is heavily highlighted and I've read it multiple times.  When we selected this book for SEASONS we were looking for a lodestone to help us endure this election year. I skimmed my highlights this week  and found 18 sections that I tabbed for discussion.  It is a book that has been important to my spiritual formation. Among many other things Dorothy Day taught me to care deeply for the poor.


Dorothy Day “wrote to give reason for a marriage of convictions that was a scandal and a stumbling block to many: radical politics and traditional, conservative theology. Yet it was not what Dorothy Day wrote that was extraordinary, nor even what she believed, but the fact that there was absolutely no distinction between what she believed, what she wrote, and the manner in which she lived.” p. xv Ellsberg’s introduction.

We drew our discussion from "Small Things" (p. 74) from Day after Day, excerpts from her personal reflections and her editorials for The Catholic Worker.
"Today we are not content with little achievements, with small beginnings....

Do what comes to hand.  Whatsoever thy hand finds to do, do it with all thy might.  After all, God is with us.  It shows too much conceit to trust to ourselves, to be discouraged at what we ourselves can accomplish.  It is lacking in faith in God to be discouraged.  After all, we are going to proceed with His help.  We offer Him what we are going to do.  If He wishes it to prosper, it will.  We must depend solely on Him.  Work as though everything depended on ourselves, and pray as though everything depended on God, as St. Ignatius says...
I suppose it is a grace not to be able to have time to take or derive satisfaction in the work we are doing.  In what time I have my impulse is to self-criticism and examination of conscience, and I am constantly humbled at my own imperfections and my halting progress.... I do know how small and I am and how little I can do and I beg You, Lord, to help me, for I cannot help myself."
(p. 274)  "The significance of our smallest acts!  The significance of the little things we leave undone! The protests we do not make, the stands we do not take, we who are living in the world!"
(p. 96-97) "In Christ's human life, there were always a few who made up for the neglect of the crowd.... We can do it too, exactly as they did.  We are not born too late.  We do it by seeing Christ and serving Christ in friends and strangers, in every one we come in contact with....  For a total Christian, the goad of duty is not needed--always prodding one to perform this or that good deed.  It is not a duty to help Christ, it is a privilege."

The Duty of Delight: the Diaries of Dorothy Day, edited by Robert Ellsberg is available in a Kindle edition.
I also recommend a movie Entertaining Angels (1996) which I recently watched on Netflix.
There are several wonderful interviews posted on YouTube:
Christopher Closeup part 1 of 3: http://www.youtube.com/watch?v=rNMHud0fFUg 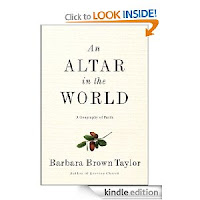 SEASONS [Sisters Enjoying A Season Of Nurturing Sisters] is  a group of women who meet monthly to read and discuss theology and to support one another.  We usually meet at Southwest Central Church of Christ.

Our next book is An Altar in the World.  A Geography of the Faith. by Barbara Brown Taylor.
Posted by K Cummings Pipes at 2:13 PM 2 comments: